Back to all news

WELCOME BACK!
Faculty, staff, and students have had an extraordinary academic year so far. In addition to the accomplishments highlighted below and our many regular music and theatre student concerts and productions on and off campus, faculty have focused this past fall on important administrative projects like preparing for the first of a two-year Illinois Board of Higher Education review; engaging in strategic planning for the future; submitting a proposal for an expanded Theatre Design, Production, and Technology curriculum; and launching a new Adjunct Teaching Recognition Program award to acknowledge the important role that adjunct and private music lesson instructors play in our programs. We also honored a number of faculty and staff for significant service milestones:

We made facilities improvements including completing the first phase of renovations to improve the acoustics of our primary music rehearsal space (L060) and installing new floors in four of our instructional support rooms. Finally, we prepared for the 30-year reunion of the Russian exchange program, an exchange between UIC and the Theatre of Moscow Southwest, hosted by the Theatre and Music Alumni Association on January 27 at the Mercury Theatre. 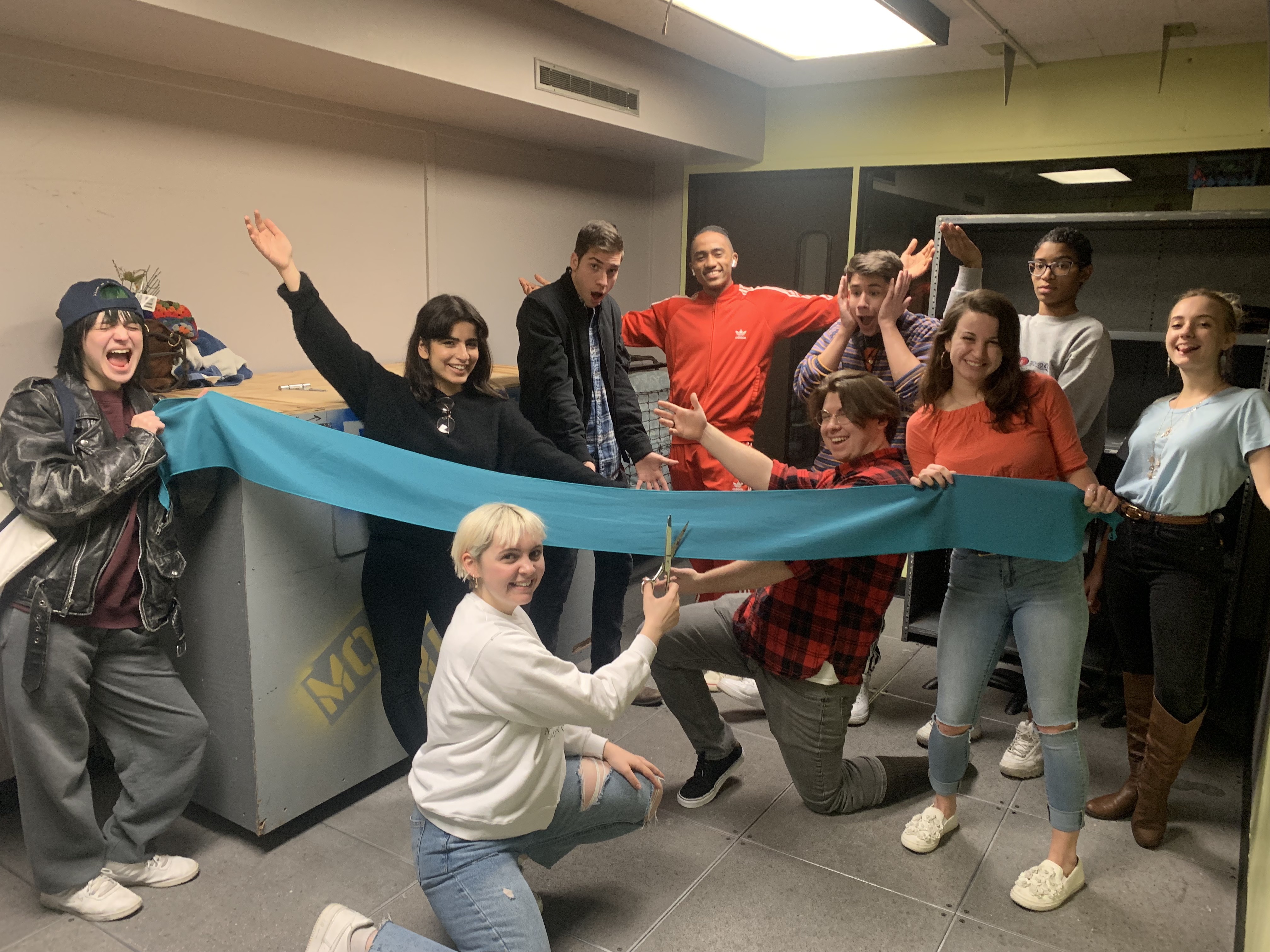 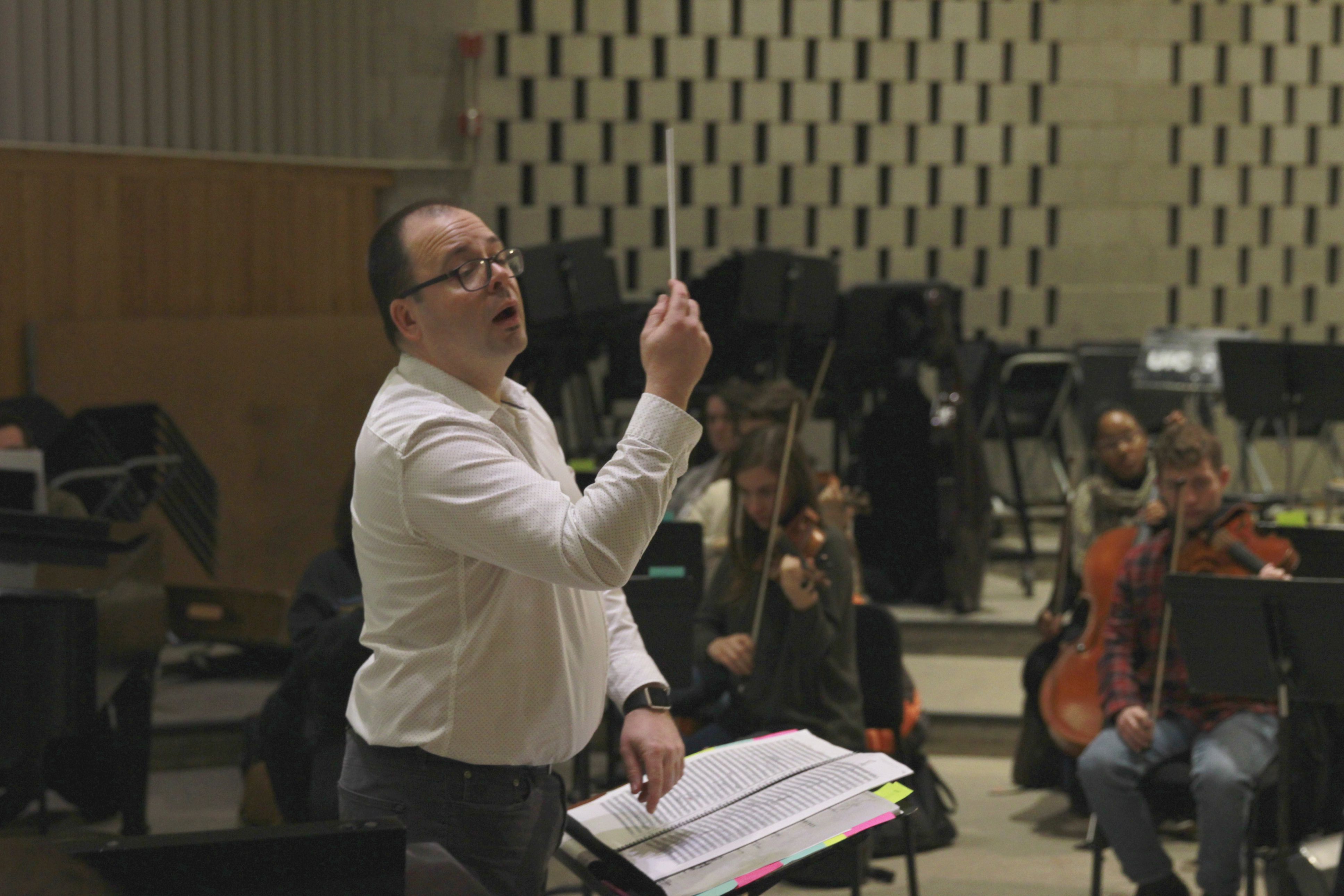 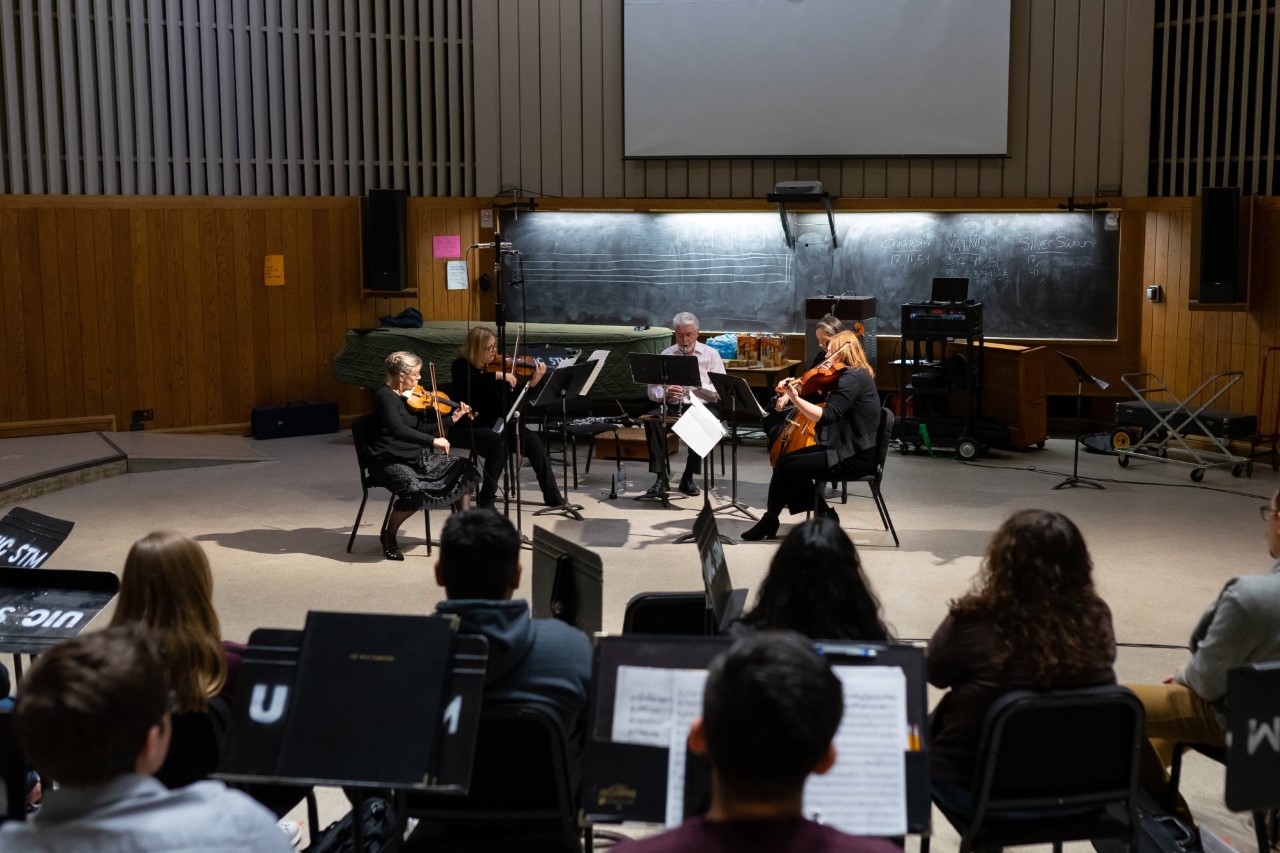 Theatre faculty Stephanie Cluggish is the costume designer for the upcoming Chicago premiere of Do You Feel Anger? by Mara Nelson-Greenberg at A Red Orchid Theatre, directed by Jess McLeod. Do you Feel Anger? runs through Sunday, March 15. Buy tickets here. 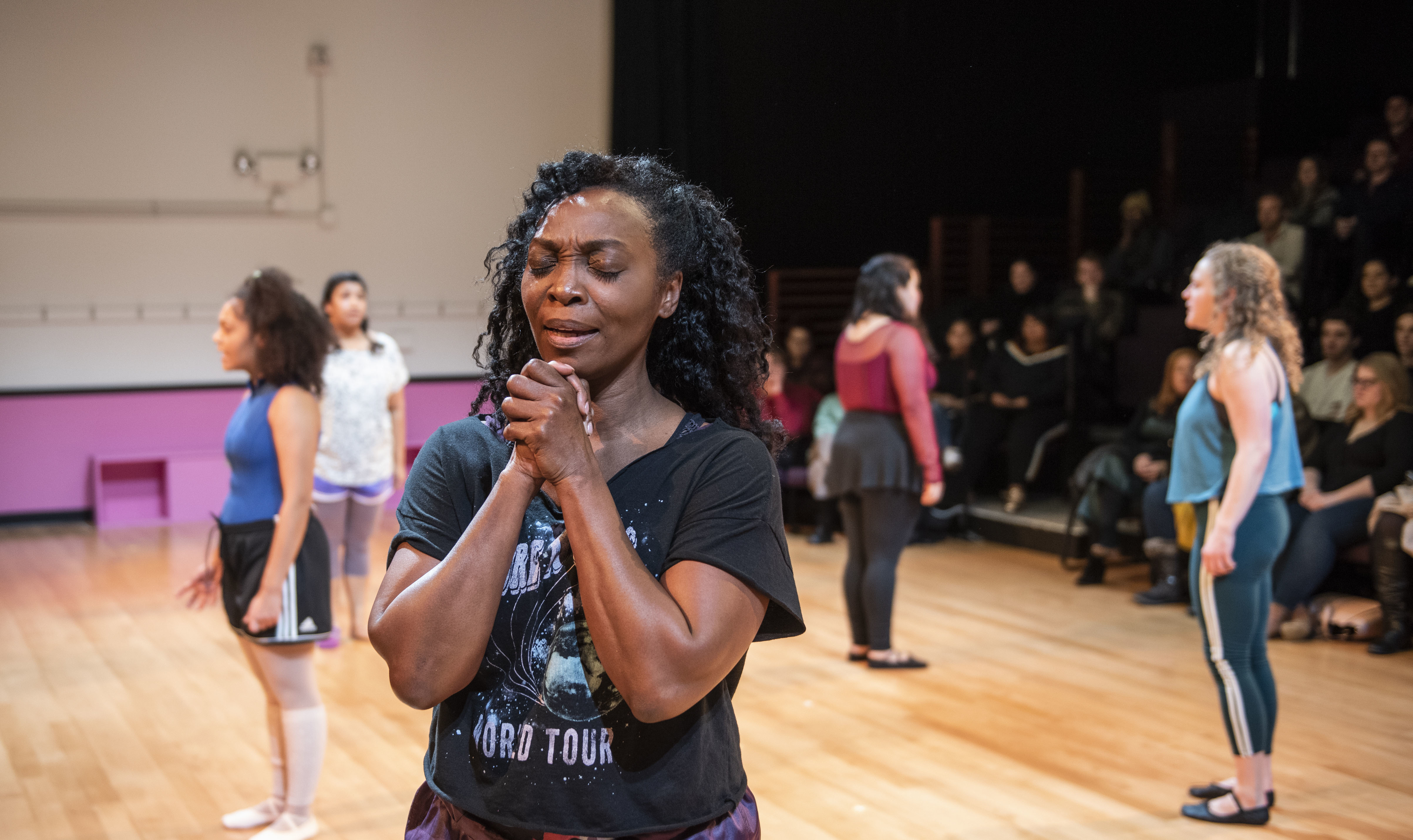 Photo by Michael Brosilow of Shanésia Davis in Dance Nation.

Theatre faculty Lydia Diamond‘s newest play, Toni Stone, was listed on  “The Best of Theatre” on The Wallstreet Journal.  It will receive productions at The Arena Stage and The American Conservatory. In addition, Diamond was a consulting producer for season four of Showtime’s “The Affair”, for which she was nominated for a Writer’s Guild Award for her writing of Episode 406.

Music faculty Amos Gillespie was commissioned by the Chicago Composers Orchestra to write a piece for their “Chaos Composed” program which will include a combined performance with the progressive rock band Origin of Animal. The performance will be on Saturday, January 25 at 7:30pm in Ganz Hall. Gillespie will also perform saxophone with Access Contemporary Music for their “Specific Gravity” program, consisting of music inspired by the physical universe. on Monday, February 10 at 7:30pm. See more concert dates here.

Theatre faculty Tanera Marshall voice coached the Netflix Original film “Army of the Dead,” directed by Zack Snyder, this past fall in Albuquerque. “Army of the Dead” is set to premiere in winter 2020. Marshall is currently working on season four of “Fargo,” coaching Ben Whishaw, and Jessie Buckley. Marshall is also coaching Himesh Patel for the HBO series “Station 11.”

Music faculty James McNally, presented a paper, “The Limits of Freedom: Cross-Stylistic Collaboration and the Politics of Inclusion in Contemporary Experimental Music,” at the 64th Meeting of the Annual Society for Ethnomusicology in Bloomington in November.

Theatre faculty Collette Pollard is the set designer for Roe by Lisa Loomer, directed by Vanessa Stalling, at the Goodman Theatre. The play follows the stories of the women behind the landmark decision in Roe vs. Wade. Roe runs through Sun, Feb 23. Buy tickets here.

Music faculty Ruth Rosenberg presented a paper, “Pitch Shift: 432 Hz Music and the Promise of a Frequency,” at the 33rd Annual Conference of the Society for Literature, Science, and Arts at Irvine, CA in November.  The annual conference invites scholars who share an interest in problems of science and representation, and in the cultural and social dimensions of science, technology, and medicine. 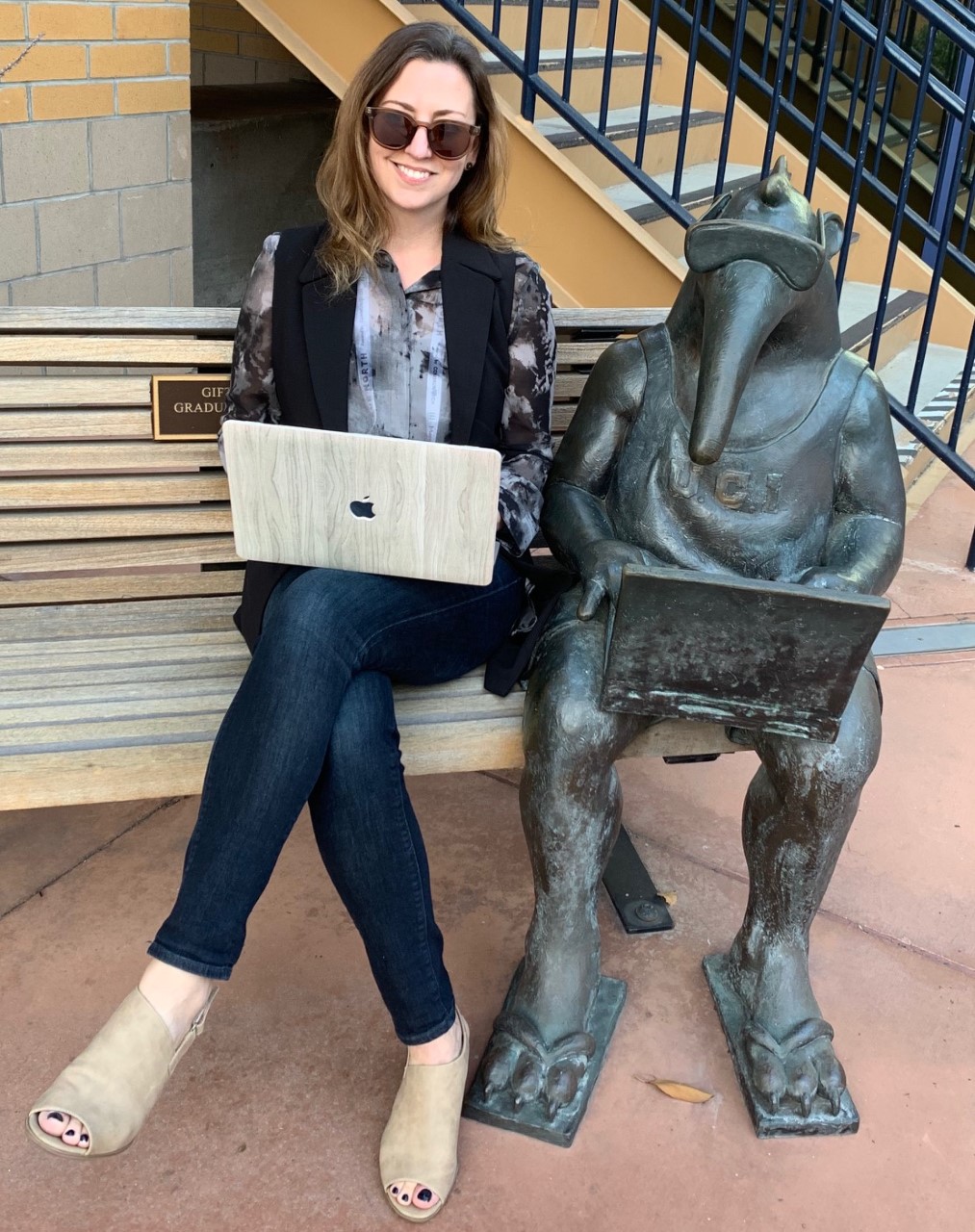 Professor Derrick Sanders will celebrate the 20th anniversary since founding the Congo Square Theatre Company by producing the 1965 satirical fantasy Day of Absence at the Richard Christiansen Theatre. The cast will include UIC Theatre alumni, Sonya Madrigal. The show opens on Thursday, February 27.
Buy tickets here. Read more about Congo Square Theatre on a recent article by the Chicago Reader here. 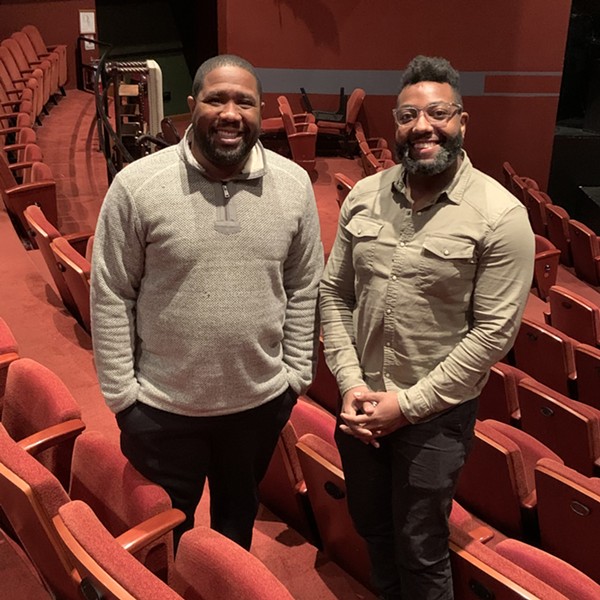 Photo by Beth Silverman of Derrick Sanders and Chris Audain