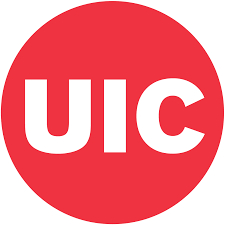 The UIC School of Theatre and Music sits on the traditional homeland of the original peoples of the area: the Three Fires Confederacy (the Potawatomi, Odawa, and Ojibwe Nations) as well as the Menominee and Ho-Chunk who—along with many Indigenous people—were among its first inhabitants. With respect and gratitude, The School of Theatre and Music honors the many Native Americans who have, do, and will call this land their home.

STM acknowledges that we have benefitted from the repeated attacks on Native Americans that forced tribal representatives to sign the 1816 Treaty of St Louis, relinquishing to the U.S. all claims of the land from Lake Michigan to the Illinois River. This land seizure led to the era of economic development and rapid growth that made Chicago the metropolis that it is today.

We have an obligation to our students and the nearly 65,000 Native Americans now living in Chicago to do no further harm, to amplify Native voices, and to fight for equity and inclusion by engaging in anti-racism policies and practices. For us, this work begins with this statement, and must be followed by actions that immediately affect our work and life on campus. STM therefore commits to the following initiatives:

This is only the beginning of our work. We look forward to expanded and sustained STM programming that addresses ignorance, systemic racism, and white dominance.