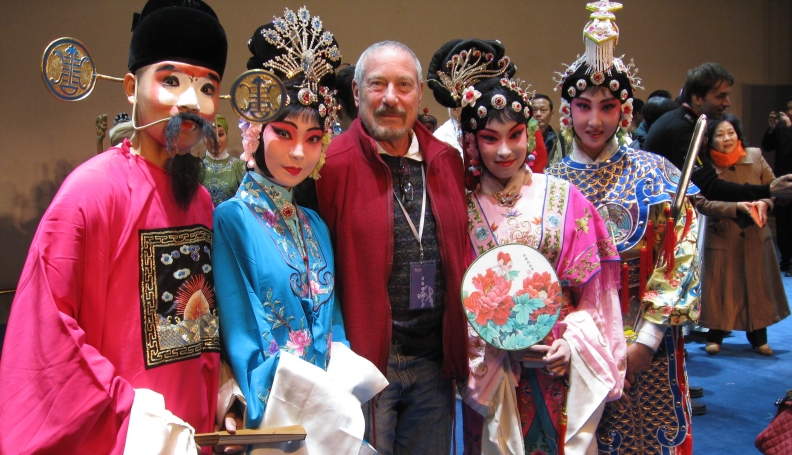 In his capacity as Chair of the American Theatre Critics Association (ATCA), Jonathan Abarbanel was one of three USA delegates to attend the 27th World Congress of the International Association of Theatre Critics (IATC), held in Beijing Oct. 15-19. He delivered a paper at the opening session of the Congress Symposium on Oct. 16, "Tweet this: We're not in charge anymore," in keeping with the symposium theme about the impact of the internet and social media on theatre criticism. The United States, represented by ATCA, has held a seat on the IATC 10-nation Executive Committee for many years, and was re-elected for another two-year term. The IATC is a global cultural NGO organized under UNESCO statutes. It currently has 63 participating nations.

Photo: Abarbanel with Peking Opera performers at the Central Academy of Drama, Beijing.